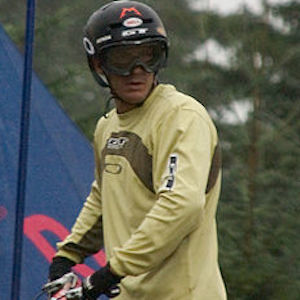 Dubbed "Undisputedly the best all around world class cycling athlete" by USA Today, he is known for his prolific careers in four-cross mountain bike racing. In 2008, he was inducted into the Mountain Bike and BMX Hall of Fame after winning more than 15 titles in his career.

He began his bike racing career at age 4. He subsequently turned pro at age 17, and raced BMX for 7 years before turning to mountain biking in 1993.

In 2001, he was nominated for the ESPY award for the Action Sport Athlete of the Year. In 2001 and 2002, he won 2 World Extreme Sports Awards for Mountain Biker of the Year.

He and his wife, Paula, have one son named Maverick.

He and fellow cyclist and BMX rider Dave Mirra have both earned ESPY award nominations for Best Action Sports Athlete.

Brian Lopes Is A Member Of