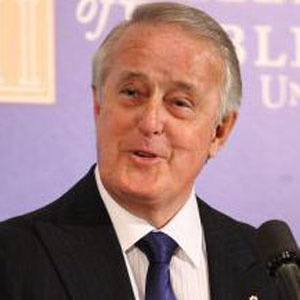 18th Prime Minster of Canada who served from 1984 to 1993. He is a member of the Progressive Conservative Party of Canada and during his time in office he passed several major economic reforms.

He was a lawyer in Montreal after graduating from Francis Xavier University.

He is responsible for the Canada-US Free Trade Agreement and the country's Goods and Services Tax.

He married Mila Pivnicki in 1973; they have three sons and a daughter.

Brian Mulroney Is A Member Of