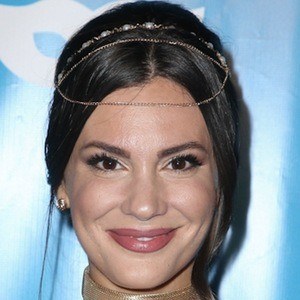 Actress and news personality known for her recurring roles on the television shows Switched At Birth, The Real Housewives of Horror, and Young & Hungry. She has also become a co-anchor for the Uproxx satirical news show The Desk on YouTube.

After earning her bachelor's from UCLA with a degree in musical theater, she earned her first acting credit in 2006 with a guest role on the popular soap opera Days of Our Lives.

After they were engaged in May 2015, she married long term boyfriend John Lange nine months later.

Briana Lane Is A Member Of