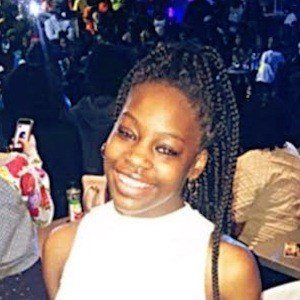 Dancer and social media star whose short dance clips and photos with popular hip hop artists have earned her a following of more than 1,000 fans on Instagram.

After her page was hacked, she had to start her Instagram account again from scratch in October 2015.

She is friends with numerous rappers and hip hop stars, including Paris and Pierre Byrdsong.

Brianna Jones Is A Member Of