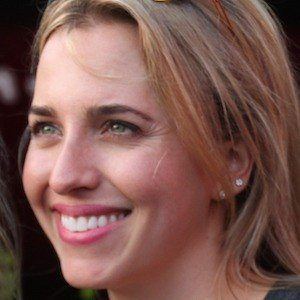 Drag racer and reality star known not only as a Top Fuel Dragster but also for the reality series Driving Force based on her family.

She qualified number 1 at the 2009 SuperNationals in Englishtown, New Jersey and not long after at the 2010 O'Reilly Winternationals before she went pro.

Brittany and her sister Courtney both made raced to first in their classes at the 2014 NHRA Kansas Nationals.

Her mother is Laurie Force and her father is championship drag racer John Force. Her sisters Courtney and Ashley are also racers. Her sister Adria is the CFO for John Force Racing, Inc.

Brittany Force Is A Member Of