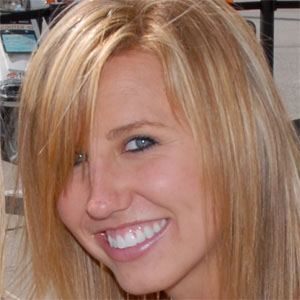 Funny Car drag racer who won the 2009 NHRA Northwest Nationals and accumulated enough points to win the Top Alcohol Championship at the end of the 2009 season.

She graduated from Cal State Fullerton with a degree in communications.

In 2013, she became the first woman to ever win the O'Reily Auto Parts Winternationals.

She was raised with two older sisters, Ashley and Brittany.

Her father John Force was an NHRA drag racing phenom.

Courtney Force Is A Member Of