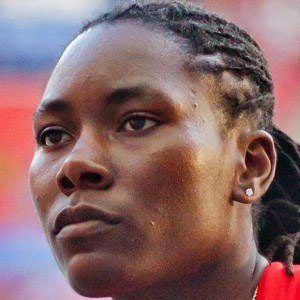 Renowned long jumper who won five World Championships between 2009 and 2013. She also earned the gold medal in the long jump at the 2012 Olympic Games in London.

She played on the basketball team at University of Mississippi and was eventually inducted into the school's Hall of fame.

She set an American record for the long jump with 7.23 meters.

Her father has also been her coach.

She and Marion Jones are two of the most famous American track and field athletes of the modern era.

Brittney Reese Is A Member Of