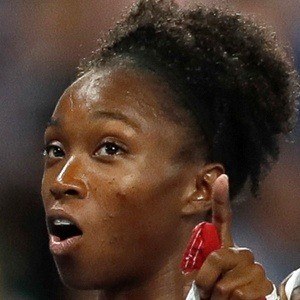 Formerly Tianna Madison, she is a track and field athlete who won a gold medal in the women's 4x100-meter relay at the 2012 Summer Olympics in London.

She graduated from Elyria High School in Ohio.

She won gold in the long jump at the 2005 World Championships.

She was born to Jo Ann and Robert Madison. In 2012, she married John Bartoletta.

Tianna Bartoletta Is A Member Of