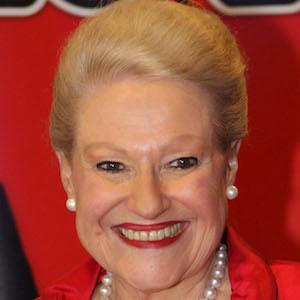 Australian politician who has been a Member of the Australian House of Representatives in which she represented the Division of Mackellar, New South Wales for the Liberal Party starting in 1994.

She first worked as a clerk and had an acting role in the 1960s Australian television program Divorce Court.

She was in a 5 year straight law LL.B program at the University of Sydney but never completed it.

She married judge in Alan David Bishop1966. They had two daughters, Angela and Sally.

She sang a duet with Minister Tony Abbott in 2007 to Irving Berlin's song "A Couple of Swells" for a fundraiser.

Bronwyn Bishop Is A Member Of