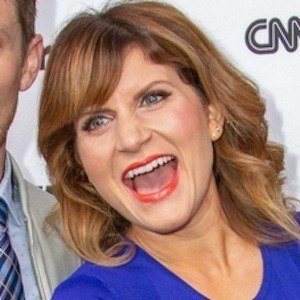 Comedian, actress and writer who became the host of the truTV series Hack My Life. She was a writer and producer for several seasons of Girl Code and Guy Code.

Before becoming a big part of the New York City comedy scene, she trained in Chicago at IO, The Second City and The Playground Theater.

She co-wrote and starred in a web series called Seeing Other People.

She is a native of the suburbs of Detroit, Michigan. She has a brother who made her an aunt in early 2016.

She was a guest of John Oliver's Stand Up Show on Comedy Central.

Brooke Van Poppelen Is A Member Of