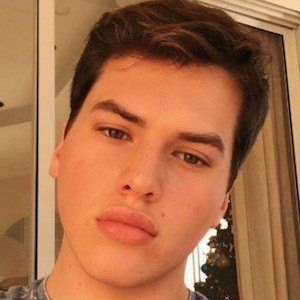 Social star best known for his brooksmarks Instagram account, where he has earned over 50,000 followers for his fashionable pictures. He is also a model.

He has his own self-titled clothing line which features track apparel.

He has a sister named Chloe and a brother named Reid. His parents are named Seth and Meredith Marks. His mother is a jewelry designer.

He has posed in apparel for the New York Knicks in photos on his Instagram page.

Brooks Marks Is A Member Of