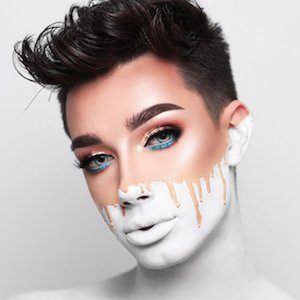 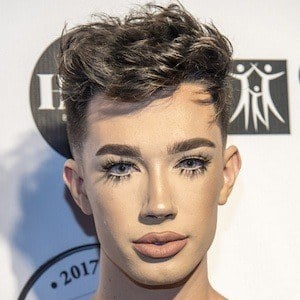 Makeup artist who became the first male spokesperson for CoverGirl. He rose to fame for his Instagram account jamescharles, which has earned more than 23 million followers. In 2018, he became a member of the Sister Squad alongside the Dolan Twins and Emma Chamberlain. He won Streamy Awards in the beauty category in 2018 and 2020 and he won a Teen Choice Award for Choice Fashion/Beauty Web Star in 2018.

He often did hair styling before developing an interest in makeup. Once he began to focus on makeup, he would practice on friends.

He posts makeup and beauty tutorials to his self-titled YouTube channel, which has earned over 24 million subscribers. He did Kylie Jenner's Halloween makeup in an October 2018 video that became one of his most viewed posts. In April 2020, he launched his beauty competition show Instant Influencer.

His father helped him convert their basement into a makeup studio. His younger brother is fellow social star Ian Jeffrey. His mom is Christie Dickinson.

With CoverGirl, he has had the opportunity to work with brand ambassador Katy Perry.

James Charles Is A Member Of