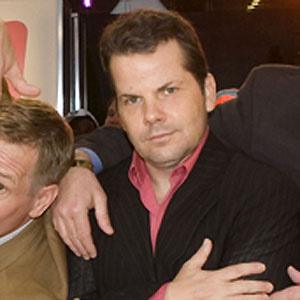 Actor, writer, director and comedian who was a founding member of the popular Canadian comedy troupe, The Kids in the Hall. He has also written for Saturday Night Live and directed the films Superstar and Stealing Harvard.

He grew up in Edmonton where he went to Strathcona Composite High School while successfully competing in both track-and--field & swimming and he graduated from Mount Royal College in Calgary.

He released two comedy albums: Shame-Based Man in 1995 and Drunk Baby Project in 2002 and he directed the music video for the song, My Music at Work by the Canadian rock band, The Tragically Hip, which won him a MuchMusic Video Award in 2000.

He married actress, Tracy Ryan in 2003 and the couple has two children, Ivy Sue and Otis.

He co-wrote and starred in the 1988 CBS primetime special, Superman's 50th Anniversary: A Celebration of the Man of Steel which included an appearance from Dana Carvey.

Bruce McCulloch Is A Member Of