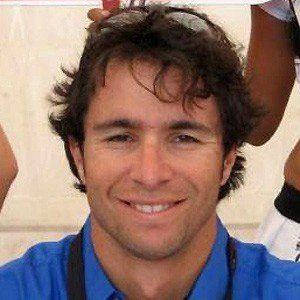 He began his career racing go-karts before stepping up to Formula 3000.

He joined the CART Championship Car series in 2001, driving for Chip Ganassi Racing.

He had one son with his wife Luciana.

He tested for the Williams Formula One but lost out to Jenson Button in 2000.

Bruno Junqueira Is A Member Of