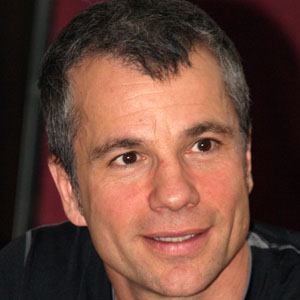 French-Canadian singer and actor known for albums like 1999's D'autres Rives and 2009's Microphonium. On stage, he has acted in many acclaimed productions, including Notre-Dame de Paris and Dracula - Entre L'amour et la Mort.

He got his start in the English-speaking bands Amanite and Sneak Preview in the early 80's.

His son is the musician Thierry Pelletier.

He portrayed James Dean in the stage play La Legende de Jimmy in the early 90's.

Bruno Pelletier Is A Member Of