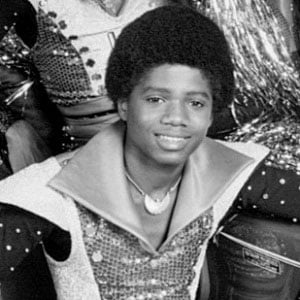 Singer famous for being a talented multi-instrumentalist in the 70's pop band The Jackson 5, playing drums, guitar, keyboard and a variety of other instruments. He was the youngest of the brothers in the group and co-wrote one of the group's biggest hits, "Shake Your Body (Down to the Ground)."

He was born to Joseph Jackson and Katherine Jackson in Gary, Indiana. He made his live debut as a member of The Jackson 5 in 1971.

He was involved in a serious car accident in February 1980 and appeared on the cover of Jet magazine four months later.

He was married to Eliz Shaffe from 1989 to 1991. He has three children, Stevanna, Genevieve, and Randy Jr.

He sang in The Jackson 5 alongside his older brother and future King of Pop Michael Jackson.

Randy Jackson Is A Member Of