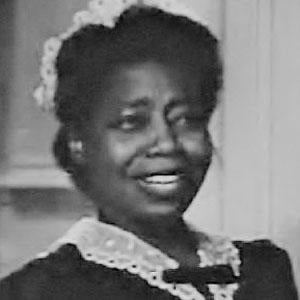 Actress who played Prissy, Scarlett O'Hara's maid, in the classic film Gone with the Wind. She appeared in Adventures of Huckleberry Finn and concluded her career with an appearance in Polly.

She planned on becoming a nurse until entering high school.

She was a lifelong atheist and donated her body to science upon her death.

She was born Thelma McQueen and raised in Tampa, Florida. She never married and had no children.

She was given the nickname "Butterfly" after her presentation of the Butterfly Ballet in a production of A Midsummer Night's Dream, written by William Shakespeare.

Butterfly McQueen Is A Member Of

Gone with the Wind
Born In 1911
Movie Actresses
Capricorns