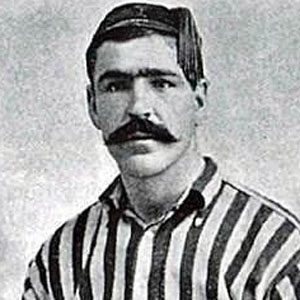 Center half who competed for Wales' national team from 1892 to 1898 and spent his club career with a number of teams including Small Heath, Woolwich Arsenal and Newton Heath.

He debuted professionally with Builth in the early 1880s.

He was born in Builth Wells, Wales.

He and midfielder Carl Robinson both played for the Wales national team.

Caesar Jenkyns Is A Member Of