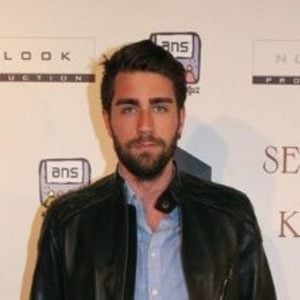 Turkish film actor who is best recognized for his portrayal of Oguz Caglar in the 2012 film The Mountain and it's 2016 sequel The Mountain II. He also made an appearance in the 2015 romantic comedy Telling Tales.

He studied mechanical engineering prior to pursuing a career in acting.

He was cast as Yusuf on the television series Kurt Seyit ve Sura.

He is originally from Turkey.

Caglar Ertugrul Is A Member Of