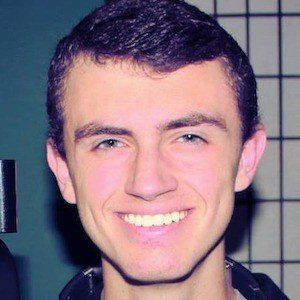 Conservative podcast host known as the voice of the Caiden Cowger radio show and YouTube channel. His show has been featured on numerous outlets and he has authored two books, Being a Young Conservative and Restoring America.

He first began hosting the Caiden Cowger Program in 2010.

He was picked up by his first terrestrial radio station, WBUC 1460-AM, on August 20, 2014. That same year, he became a columnist for The Record Delta. In 2015, he was named by Talkers Magazine as being the Youngest Syndicated Talk Personality.

He is a born-again Christian and native of West Virginia.

Caiden Cowger Is A Member Of