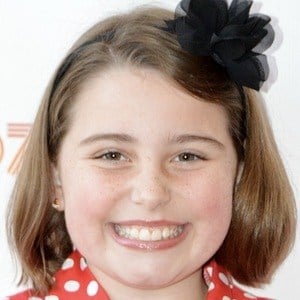 Multitalented actress, model, and musician who became known for her early roles in films such as The Mad Whale, New Life and A Little Advice. She has also appeared in television commercials for global brands such as Volkswagen, AT&T, Target, and Disney.

She decided to pursue acting at the age of five and booked her first national commercial a few weeks after moving to Los Angeles.

She was in a commercial for Disney's Frozen or a musical jewelry box.

She was born in Lafayette, Indiana, and raised in Colorado for her early years. She later moved to Los Angeles to pursue her career.

Caige Coulter Is A Member Of