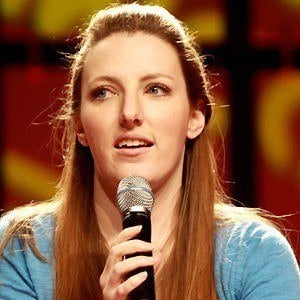 American voice actress best known for her performances as animated characters on Freezing, One Piece, and Full Metal Alchemist.

She voiced Cammy in the Street Fighter video games and Amidatellion in the Final Fantasy Crystal Chronicles.

Caitlin Glass Is A Member Of