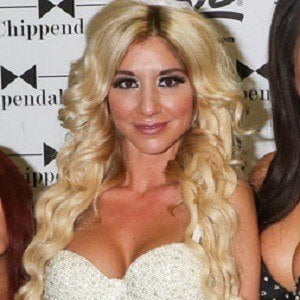 She studied at State University of New York at New Paltz.

Since her reality debut, she has become a social media superstar with more than 70,000 Twitter fans and over 30,000 Instagram followers.

Her brief sexual encounter with Vinny Guadagnino resulted in a clash between Vinny and Snooki in the third season of Jersey Shore. Her boyfriend's name is Jimmy Lyons.

Caitlin Ryder Is A Member Of