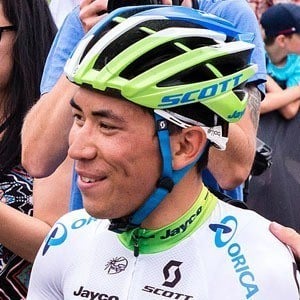 Cyclist who has competed for Orica-Scott and is also known as a sprinter. He came in first at the Tour Down Under in 2017 for Sprinting.

He started competitive cycling at age 10 and won the Junior National Road Race Champion in 2010.

He repeated his win of the Junior National Road Race Champion in 2011 and won the Junior Track World Championships the same year.

His parents are named Mark and Kassandra.

He and fellow cyclist Mark Cavendish both have a low riding position.

Caleb Ewan Is A Member Of