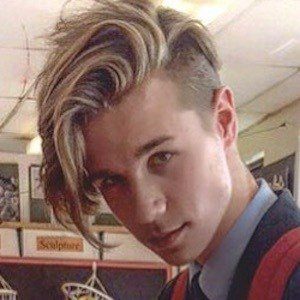 Social media star who found his greatest success on musical.ly, earning more than 400,000 fans on the app. He's also popular on Instagram and YouNow and had more than 10,000 Vine followers by the time the app was shut down.

While rising to internet fame, he pursued his interests in both dance and music.

He grew up in London, England. He has a younger brother named George.

Callum Higgins Is A Member Of