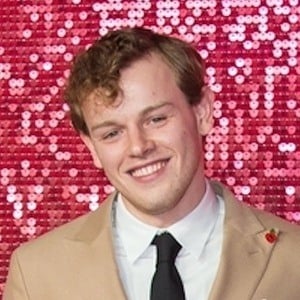 British actor who gained fame for his role as Leslie Durrell on the ITV drama series The Durrells. He played the role for the show's six episode run.

One of his earliest roles was as The Groom in the short film Room 17.

He acted alongside Keeley Hawes in the TV show The Durrells.

Callum Woodhouse Is A Member Of