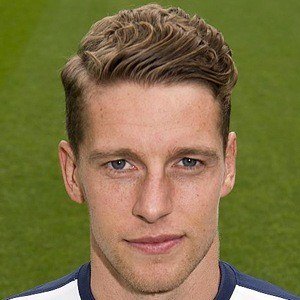 English fullback who made his professional debut in 2006 with the Scottish League One club Dunfermline Athletic and went on to sign with Huddersfield Town in The Championship in 2011.

He began his youth career with Liverpool in 1997.

He scored his first professional goal on November 4, 2008 against Airdrie United.

He grew up with his family in Liverpool, England.

Alex Ferguson played with Dunfermline Athletic from 1964 to 1967.

Calum Woods Is A Member Of