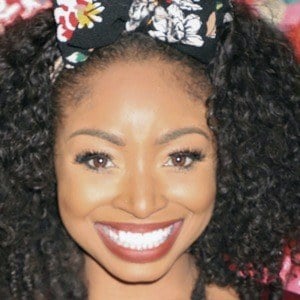 Original cast member of the MTV reality series Floribama Shore. Her other entertainment experience would include modeling and TV/internet hosting and interviewing.

She did fashion and commercial modeling beginning around the age of 21.

Across social media, she would be known by the name Pimpfriedrice. She interviewed Nina Ellis-Hervey for Comcast for the Naturals In The City Hair & Wellness Expo 3 event in 2014.

Originally from Memphis, Tennessee, she would move to Los Angeles, California before being cast in the southeast United States-located series Floribama Shore.

She had the chance to interview Darius Benson.

Candace Rice Is A Member Of