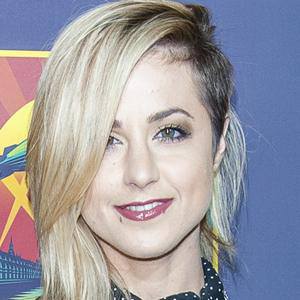 Singer and multi-instrumentalist who has been a vocalist for the bands Shiny Toy Guns and Versant. She has embraced a straight edge lifestyle as well.

She sang in a professional show choir called Fresh Chances for America for five years.

Her album with Shiny Toy Guns, We Are Pilots, received a Grammy Award nomination in the category of Best Electronic/Dance Album.

She was previously married to her bandmate Daniel Johansson.

She and Gregori Chad Petree have been members of Shiny Toy Guns together.

Carah Faye Charnow Is A Member Of