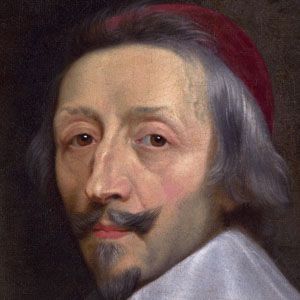 This powerful seventeenth-century religious and political leader served as Chief Minister to King Louis XIII of France and was also appointed French Secretary of State. He played a major role in limiting the power of the European Habsburg family and in securing France's victory in the Thirty Years' War.

In his late childhood years, he studied philosophy and undertook military training. In his early twenties, he was given the title of Bishop of Luçon.

A notable arts patron, he established the famous Académie Française.

A fictionalized version of Richelieu appears as a main character in Alexandre Dumas' famous novel The Three Musketeers.

Cardinal Richelieu Is A Member Of