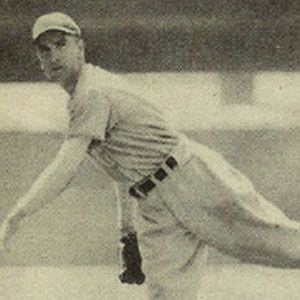 Became famous for striking out what was later referred to as Murderer's Row in the 1934 All-Star Game.

He tried out for the Detroit Tigers, but was told by manager Ty Cobb that he wasn't good enough.

He set an MLB record with 24 consecutive wins.

He had two sons, Carl Jr. and James, with his wife Lucille.

He played on the New York Giants with Mel Ott, one of the game's greatest sluggers.

Carl Hubbell Is A Member Of