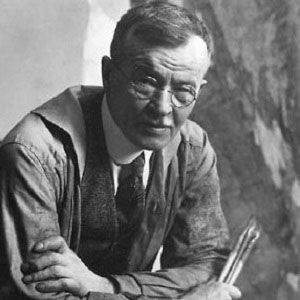 Famous as America's first successful wildlife painter, he is remembered for realist oil paintings such as "Wary Game" (1909) and "The Days of Bison Millions (Looking West Toward the Wyoming Range)" (1917).

He began hunting at an early age and was also influenced by the nature-themed artwork of the German painter Richard Friese. While training at the Berlin Art Academy, Rungius made frequent trips to the Berlin Zoo, where he sketched a wide variety of animals.

His artistic honors include the Corcoran Gallery of Art's 1924 Popular Prize, a 1929 Salters Medal, and a 1926 Carnegie Prize.

Born to Heinrich and Magdalene Rungius, he and his eight siblings grew up in Britz, Germany. After relocating to the United States in the late 1890s, he married his cousin Louise Fulda.

Carl Rungius Is A Member Of