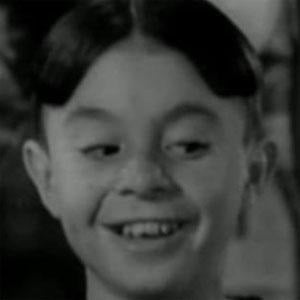 He gained fame as Alfalfa on the original Our Gang kids comedy cast and played roles in short films until the group disbanded in 1940. Unfortunately, due to typecasting, he never was able to find any other significant roles.

He and his older brother rose to prominence in their hometown for their musical performances.

He played the role of Angus in the 1958 film The Defiant Ones.

He married Diantha Collingwood in 1954 and had a son named Justin Lance Collingwood Switzer before divorcing in 1957.

He appeared in the 1953 aviation film Island in the Sky with John Wayne.

Carl Switzer Is A Member Of