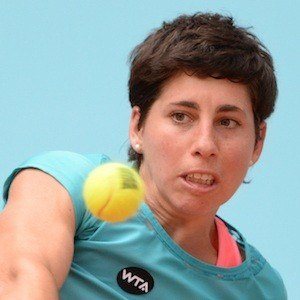 Professional tennis player who was ranked as the sixth best player in the world in 2016. That same year also marked her first Premier title win at the Qatar Open tournament.

She began playing tennis at the age of 9 and she attended the Pro-Ab Team Tennis Academy.

She qualified for her first French Open in 2008 and made it to the quarterfinals.

She is the daughter of José Luis and Loli Navarro.

She upset Venus Williams during the 2009 Australian Open.

Carla Suárez Is A Member Of