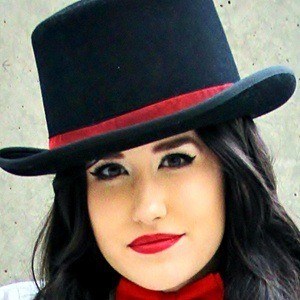 Makeup artist and cosplay model who has appeared at events such as Comic Con and the Anime Expo. She has dressed up as known superheroes including Wonder Woman, Lady Sif, and Hinata. She is an official member of Clever Girls Cosplay.

She previously worked as a makeup artist.

She has accumulated over 50,000 Instagram followers and counting due to her success as a cosplay model.

She helped paid tribute to Leonard Nimoy at the Long Beach Comic Expo in 2015.

Carleigh Skrammy Is A Member Of