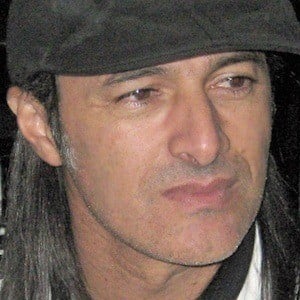 Stand-up comedian and actor, who has appeared in various films and television shows in Peru since 1985. He became well known after the release of La Gran Sangre, in which he played El Dragon, in 2007.

He joined the Drama Club of Lima and had his debut performance in the plays La malquerida, Los tres mosqueteros, Cuatro historias de alquiler, La mujer del año and Viva el duque nuestro dueño in 1986. After that he went on to star in children's shows, soap operas, and more.

He is the face of the many commercials and advertisements put out by the popular Peruvian brand Brahma Beer.

He married Jossie Lindley in 2010 after a 17-year relationship. They have two children.

He is a Peruvian actor, who had roles in soap operas, like Stephanie Cayo.

Carlos Alcántara Is A Member Of