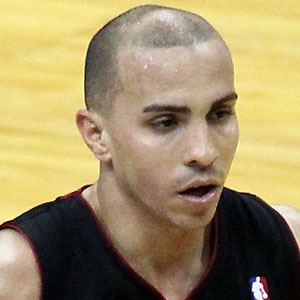 Former NBA point guard known for his passing abilities; best remembered for leading the Puerto Rican national team to victory over Team USA at the 2004 Olympics; played for a number of NBA teams, including the Miami Heat, Orlando Magic and Utah Jazz.

He began his professional career with Puerto Rico's Fajardo Cariduros in 1996.

He won the 2011 Turkish Cup and 2011 EuroChallenge Championship as a member of Besiktas Milangaz.

He raised two daughters, Gabriella and Daniela, with his wife Xiomara Escobar.

Carlos Arroyo Is A Member Of