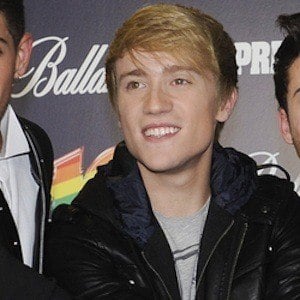 Popularly known as one fifth of the Spanish boy band Auryn. The band formed in 2009 and began posting covers to YouTube before competing in the Junior Eurovision Song Contest.

At Escuela Orfeo in Alicante, Spain, he studied vocal techniques.

He is friends with Sweet California star Alba Reig and has appeared in many photos with her on Instagram.

He was born and raised in Alicante, Spain.

AURYN first gained popularity after they posted a cover of Rihanna's "Umbrella" to YouTube.

Carlos Marco Is A Member Of