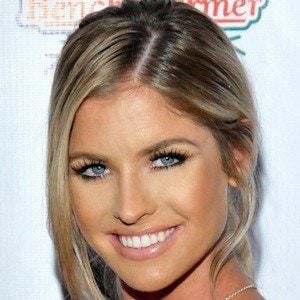 Model known for being Playboy's Miss October for 2013. She appeared in a national commercial for Carl's Jr. in 2015 and has also been on the show Rules of Engagement.

She attended Fresno State, where she was first discovered as a model. She has a degree in business administration.

She has more than 950,000 followers on Instagram and has also done ads for Hulu and Mobile Strike.

She grew up in Fresno with her brother and sister. She married John Elias.

Bryiana Noelle was named Playmate of the Month for September in 2013.

Carly Lauren Is A Member Of