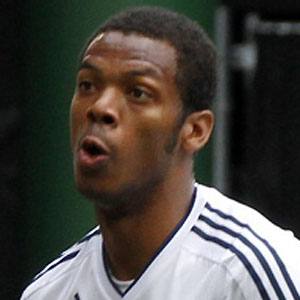 Most Popular#190494
Soccer Player Born in Trinidad And Tobago#16

Trinidadian defender who broke into the MLS with the Vancouver Whitecaps FC in 2011.

He began his professional career with Trinidad and Tobago's Joe Public FC in 2011.

He joined the Trinidad and Tobago national team in 2010.

He was raised with three sisters named Carlene, Melissa, and Saphire, and three brothers named Devon, Dexter and Joseph.

He and Camilo Sanvezzo both joined the Vancouver Whitecaps FC in 2011.

Most Popular#190494
Soccer Player Born in Trinidad And Tobago#16

Carlyle Mitchell Is A Member Of