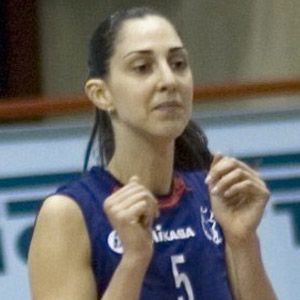 Brazilian volleyball player known for winning five out of six Grand Prix from 2004 to 2009, including three consecutively. She also won four South American Volleyball Championships between 2003 and 2009.

She started playing volleyball as a high school student and played for the local club America-SP.

She won the Montreux Volley Masters award for Best Blocker in 2009.

She has two younger sisters.

She and Murilo Endres are two of Brazil's most successful volleyball players.

Carol Gattaz Is A Member Of