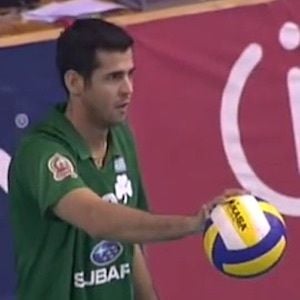 With a passion for the sport at a young age, he began playing professionally in 1999 with the club Tres Coracoes. He then joined the Brazil men's national volleyball team.

As a member of the Brazil men's national volleyball team, he has won the Olympic gold medal in 2004.

He was born and raised in Itumbiara, GO, Brazil.

As a member of the Brazil national team, he can be seen in relation to other team members including Wallace de Souza.

Dante Amaral Is A Member Of