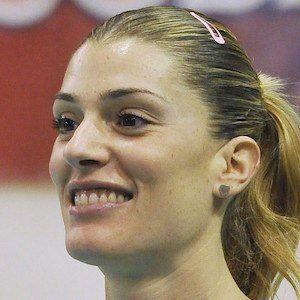 Italian international outside hitter who represented her country at the 2000, 2004, 2008, and 2012 Olympic Games. She helped lead Italy to its first World Championship title in 2002.

She first played for Italy's national team in 1995, when she was only 16 years old.

She was born to Roberto and Almarella Piccinini.

She and Ivan Zaytsev have both represented Italy in volleyball at the Olympics.

Francesca Piccinini Is A Member Of