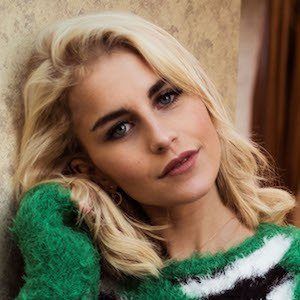 Beauty and lifestyle blogger who is known for her Carodaur blog. She has garnered widespread renown for her frequent posts that detail how she ably blends fashion with her lifestyle.

She began regularly blogging on her Carodaur site in December 2014. She has studied at university in Hamburg, Germany.

In July 2015, she was awarded the Bunte online publication's award for Best New Fashion Face in recognition of her blog work. She has also established a considerable Instagram presence with over 2.7 million followers on her personal page.

She was born and raised in the Lower Saxony state of Germany. Her father was a lawyer, her mother has worked as a manager; she also influenced her in fashion.

She and actor Til Schweiger both appeared at the Bunte New Faces Awards in Germany in 2015.

Caroline Daur Is A Member Of