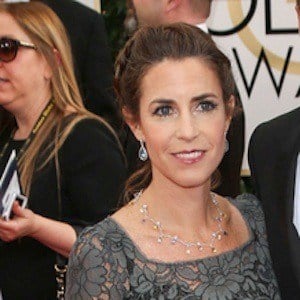 Most well known as the wife of Grey's Anatomy and Batman Forever actor Chris O'Donnell.

She and Chris met through his college roommate. He has stated he knew she was the one from their first kiss. They were married in 1997.

She has worked as an elementary school teacher.

She and Chris have five children together: Lily, Finley, Maeve, Charles, and Christopher.

In 2005, she joined her husband at The 57th Annual Primetime Emmy Awards alongside stars like Patricia Arquette and Halle Berry.

Caroline Fentress Is A Member Of