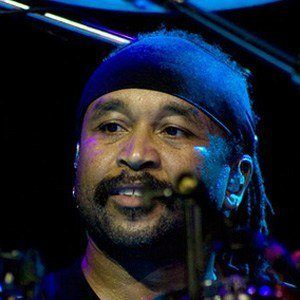 Founding member of and drummer for Dave Matthews Band. Rolling Stone ranked him #10 on their greatest drummers of all time list.

He attended Shenandoah University for occupational therapy. His music was widely inspired by that of Buddy Rich.

He has played with John Popper from the Blues Brothers.

He married Karen Beauford, with whom he had a daughter named Breana Symone.

He and Tim Reynolds were both in Dave Matthews Band.

Carter Beauford Is A Member Of