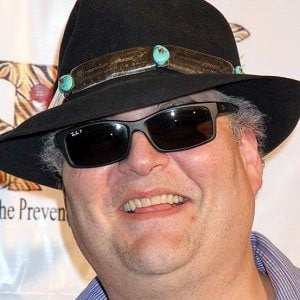 Multi-instrumentalist and frontman of the rock band Blues Traveler known for the songs "Run-Around" and "Hook."

He attended Princeton High School and played in the studio jazz band.

He is considered one of the best and successfully harmonica players according to harmonica manufacturer Hohner.

His mother is a lawyer and his father is a Hungarian immigrant.

He performed a duet with Eric Clapton on "Christmas Blues" for A Very Special Christmas Live.

John Popper Is A Member Of