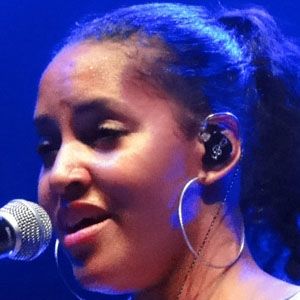 German singer-songwriter who found commercial success as the frontwoman for the musical trio Glashaus. She went solo in 2003 and went on to release Gold-selling albums like 2009's Darum Leben Wir.

She got her first big break singing backup vocals for the hip-hop group Freundeskreis in 1997.

She voiced the character of Tiana in the German version of Disney's The Princess of the Frog in 2009.

She sang a duet with Ne-Yo for the soundtrack to Princess and the Frog titled "Never Knew I Needed."

Cassandra Steen Is A Member Of