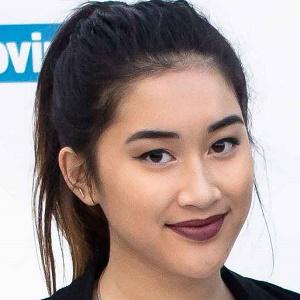 YouTuber famous as half of the popular ToThe9s vlogging team. She has contributed to such popular videos as "Styling a Basic White Tee" and "Lookbook Denim for Fall." Their channel has accumulated more than 600,000 subscribers.

She posted her first ToThe9s video in late 2013.

In an early 2015 YouTube video, she gave her ToThe9s collaborator, Ricci Pamintuan, a haircut.

Born to a family of Filipino, Caucasian, and Chinese descent, she grew up the oldest of three in Vancouver, British Columbia, Canada. She has two brothers.

She features fellow vlogger Karissa Pukas on her channel.

Cassie Masangkay Is A Member Of