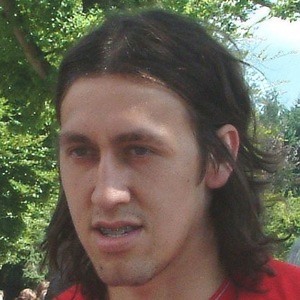 Goalkeeper commonly known simply as "Cássio" who has played for teams like PSV Eindhoven and Sport Club Corinthians Paulista at the club level. He represented Brazil at the 2018 FIFA World Cup.

He played youth soccer at Grêmio Foot-Ball Porto Alegrense for two year before making his professional debut with the club in 2006.

He won the Golden Ball as the best player of the 2012 FIFA Club World Cup and was chosen as the Most Valuable Player of the final.

He has a brother named Eduardo.

He was teammates with Renato Augusto at the 2018 FIFA World Cup.

Cassio Ramos Is A Member Of